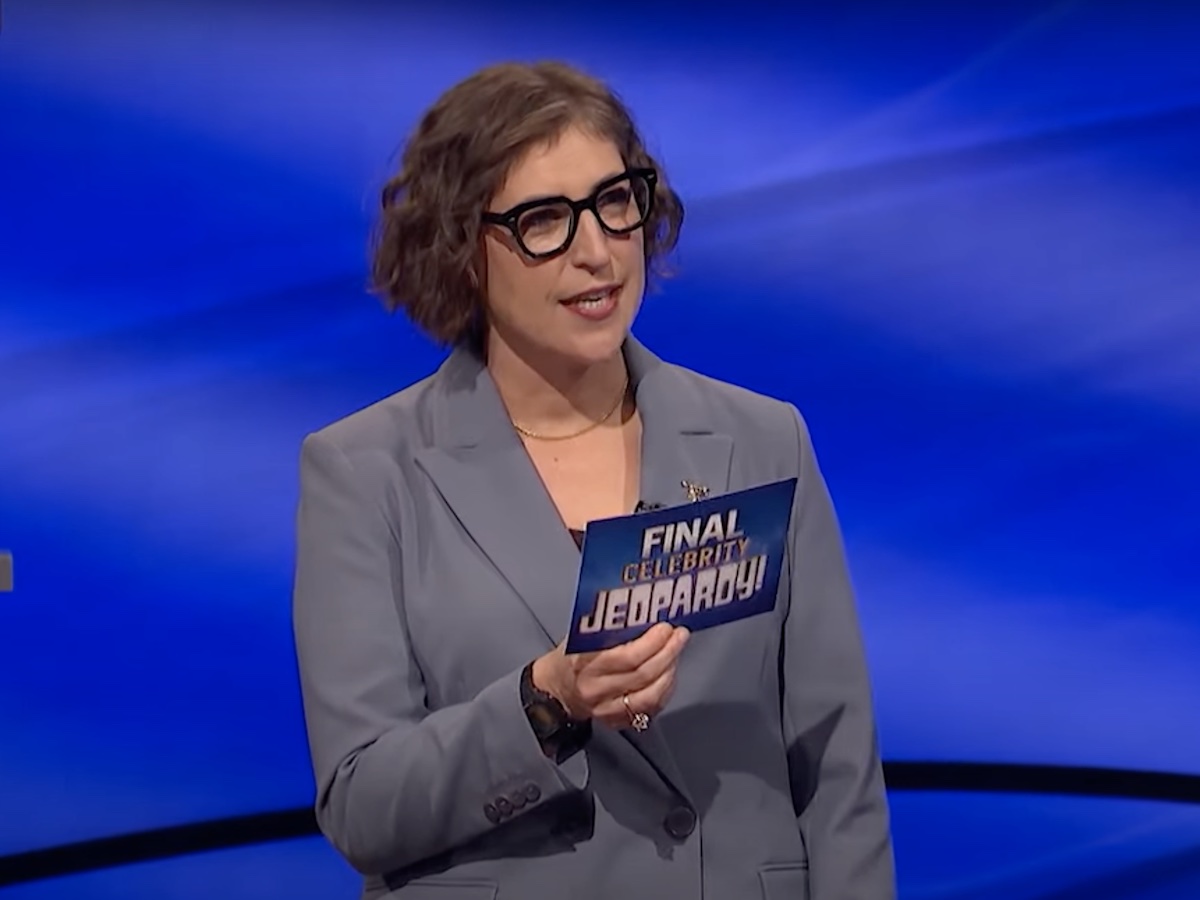 We all know that Celebrity Jeopardy! is much easier than regular play on the quiz show. After all, the celebrity contestants are playing for charity and want to be able to answer at least a few questions. Even Alex Trebek admitted that it can be difficult to entice celebrities to play because “they don’t want to embarrass themselves.”

But in a recent episode of Celebrity Jeopardy!, the stars weren’t the ones who were embarrassed. Instead, the show had egg on its face after ruining a classic Jeopardy! category with bizarre clues.

On January 25, the quiz show had a lukewarm take on one of its well-known categories as Zoe Chao, Michael Cera, and Brianne Howey faced off. When the Triple Jeopardy round started, fans and contestants alike took note of the “Boozy Phrases” category. A pale imitation of the classic “Potent Potables” category, the spinoff delivered difficult clues that even had some fans cringing.

In fact, of the five clues in the boozy category, only one received the correct response. Turns out the only clue that anyone knew was the $1,500 answer! The clue read, “These ‘sparkling’ tastes mean a desire for high-end living; unfortunately, some have them on a tight budget.” You’re correct if, like Brianne Howey, you answered, “What is champagne?”

You probably knew that one, but what about the other four clues? Let’s take a look at the answers to see if you have heard of all five phrases. Since we started with the final clue in the category, we’ll go from last to first.

What The Heck Does It Mean To ‘Gin Up’?

The fourth clue in the category read, “Servers brought 1950s businesspeople a trio of drinks over the course of this type of ‘lunch’, which was of course deductible.” Although your mind may have gone to a business lunch, the correct response was, “What is a three martini lunch?”

So far so good, right? Let’s look at the third clue in the category. The $900 clue said, “Chardonnay, adult females & ‘Home On The Range’ (for example) make up this phrase for good times.” Turns out, “What are wine, women, and song?” was the accurate response.

For the $600 clue, the full phrase was needed to be deemed correct. The clue read, “This phrase became a meme as the words spoken just before doing a reckless stunt.” While many people have heard the phrase, “hold my beer,” that wasn’t what the writers were looking for. Instead, the correct answer was, “Hold my beer and watch this.”

Are you groaning yet? If not, you will be after hearing the doozy of a phrase for the $300 clue. The first and supposed easiest clue of the category read, “This booze comes before ‘up’ in a phrase meaning to create interest or enthusiasm.”

If you don’t know the answer, you aren’t the only one. It’s a phrase that many people have never heard. The correct response was, “What is gin up?” Wait…what? That’s a phrase? Yes, turns out “gin up” is indeed a saying. While it’s not a very common phrase, Barack Obama is fond of the phrase and uses it quite often in speeches.

Even so, we hope that Jeopardy! has learned their lesson and will leave “Boozy Phrases” on the shelf next round!

admin Aug 6, 2022
Wendy Williams may not be so healthy enough to return to the entertainment world as her loved ones recently…

Kindly Myers Is A ‘Knockout’ In A Sparkling ‘No Panty Gown’

Demi Rose Forgetting Her Panties Says ‘God May Be In The…

Britney Spears Breaks Silence On The Documentaries Made…

Carly Rae Jepsen Did Not Have ‘Loneliest Time’ Figuring Out…

No, You’re Not Extra: Why Having A Cosmetics Fridge Will…