Gotye Continues To Make Music With Some Creative Projects: Find Out What He’s Doing Now 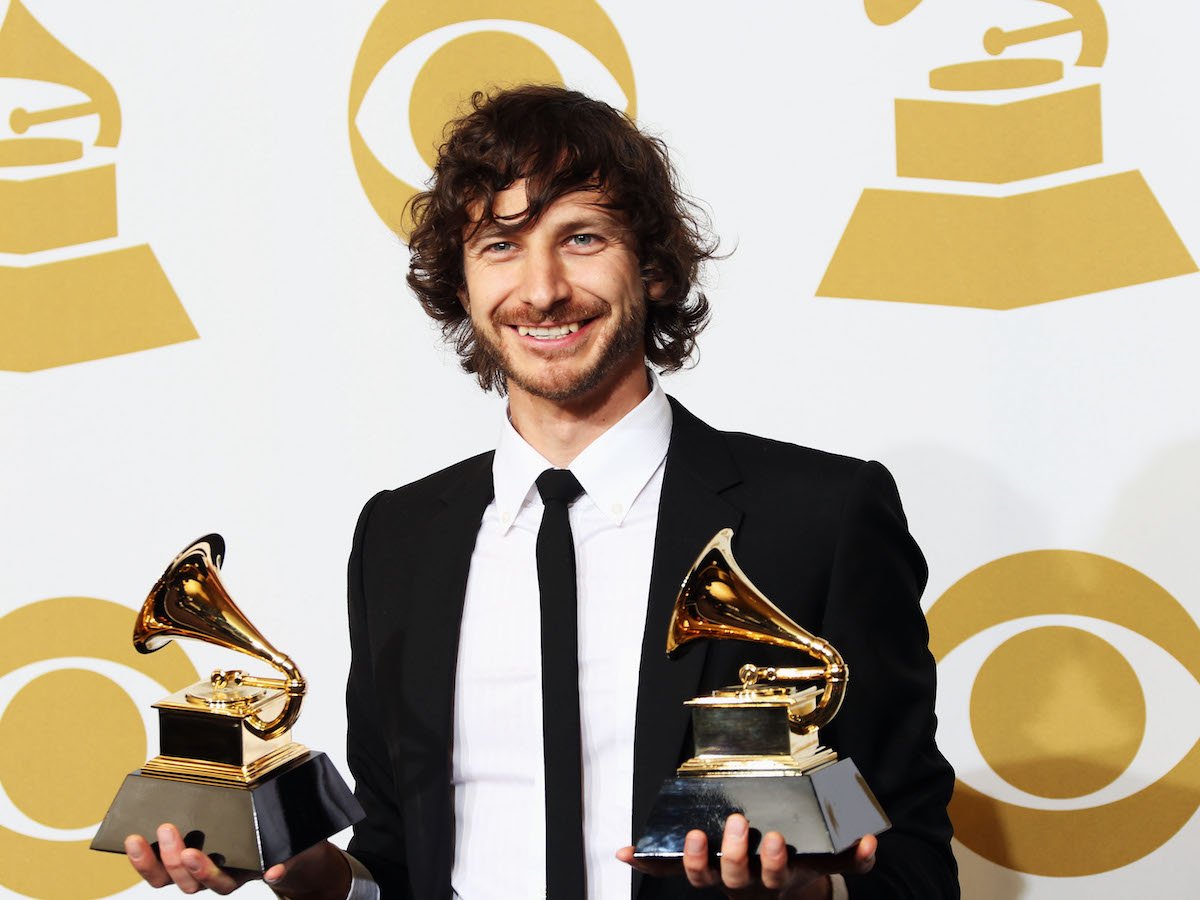 The name Gotye may not ring a bell, but a song he performed that was released in 2011 will—“Somebody That I Used to Know.” It was a huge hit that went multi-platinum in ten nations, charted in the top ten in over 30 countries, and became the top-selling tune of 2012.

Those impressive milestones clearly made the song a big commercial and popular success. What has happened to Gotye, a triple Grammy Award winner, since then?

He has been likened to superstars such as Sting and Peter Gabriel, yet despite his popularity and talent, he seemed to vanish from the entertainment scene. Was Gotye someone who made an enormous splash with a song only to retreat into obscurity?

His fans are eager to know if Gotye has more music in the works. We checked it out. Here’s the lowdown on what he’s been up to professionally.

Gotye Announced His Hiatus As A Single Artist In 2014

Gotye, otherwise known by his actual name, Wouter André “Wally” De Backer, was born May 21, 1980 in Bruges, Belgium. However, his family soon moved to Australia when the musician was 2.

In an online newsletter in 2014, De Backer announced, “There will be no new Gotye music.” Then he immediately qualified that statement with this one: “Wait, maybe there will be. I’m not entirely sure right now. There are many contingencies.”

One of those considerations he mentioned was the supposed loudness of the world and what he believed was the corresponding rise of “early onset deafness.” De Backer admitted that he pondered such potentially apocalyptic developments.

There was another announcement from De Backer in 2014, this time about the launch of an independent record label called Spirit Level. It was a joint effort between him and a friend of his since his teen years, Tim Shiel. Spirit Level was eventually shelved and then reactivated in 2016, according to Howl & Echoes.

De Backer Continued To Perform With The Basics

The Basics is an Australian musical group that De Backer formed in 2002 along with Kris Schroeder. Another musician, Tim Heath, linked up with them in June 2004. The Basics’ style is highly eclectic, encompassing such diverse genres as pop rock, country, reggae, electro pop, and folk.

The Basics’ web site described the band with this droll, unassuming comment; “They’re pretty silly but the music is rather good, especially on a Saturday night.”

De Backer has done vocals and drums for the group since its formation. They have released five studio albums between 2003 and 2019 and five live albums between 2010 and 2020. They toured both in Australia and internationally between 2014 and 2016.

In 2021, Noise11 reported that The Basics planned to quit touring. They said that family and career demands, plus the emergence of COVID-19, were factors that motivated their decision.

Their announcement also featured the following explanation of why there would not be a farewell tour: “Now we could have announced a ‘goodbye tour’ or show, or had a record to sell or something to capitalize on this announcement. But we’ve always tried to be as genuine as possible, and so with respect to our decision have no such finale to offer.”

They left the door open on the possibility of resuming live gigs at some unspecified future time. The Basics’ members said they still intended to continue recording.

He Launched The Ondioline Orchestra In 2016

You’re not alone if you have never heard of a musical instrument called an Ondioline! It’s a forerunner of the contemporary synthesizer that was invented in 1941 by Georges Jenny, a French poet and musician, according to The Guardian.

Ten years later, in 1951, the instrument got a nice public relations boost from one of its leading proponents, Jean-Jacques Perrey. He enthusiastically touted the Ondioline’s virtues in the United States for a decade before returning to his native France.

Enter De Backer, with his seeming affinity for the unusual and knack for pushing musical boundaries. He rhapsodized about the Ondioline much as Perrey had. He apparently saw its exciting possibilities and remarkable versatility.

“I loved it—it has such an effervescence to it,” De Backer said. “On the surface it has a simplicity, it may be very charming and very childlike, but there’s also a real musical muscularity.”

De Backer was actually so passionate about the Ondioline that he traveled to Switzerland in 2013 to meet Perrey, who by that time, was in his 80s and had rheumatoid arthritis and dementia. Still, De Backer was thrilled to make Perrey’s acquaintance. He even learned French so he could converse with his idol more easily!

“The main feeling I came away with,” he said, “was that I had met a kindred spirit—I describe it as having met my grandfather, my spiritual grandfather.”

De Backer’s homage to Perrey took two forms. He curated a collection of Perrey’s recordings and released them on an album called Jean-Jacques Perrey Et Son Ondioline. He also formed the Ondioline Orchestra as a way of honoring and promoting the Ondioline and the glorious music he believed it could produce.

Besides De Backer, the Orchestra’s members include Joe McGinty, Rob Schwimmer, and musicians from the band Zammuto. In fact, the Ondioline Orchestra’s debut concert was a tribute to Perrey and his music three years after Perrey died in 2016. De Backer also performed at Mixology Festival 2018: Circuit Breakers with Gotye Presents a Tribute to Jean-Jacques Perrey.

De Backer just could not say enough about the Ondioline. “You can dial in an incredibly wide range of sounds on the Ondioline,” he explained, “and the unique mechanics for playing it allows you to create sounds very sensitively and with a musical deftness I just feel isn’t present on most other electronic instruments from the ’40s—or decades since.”.

Almost as though he were protecting an endangered species (there actually are not a whole lot of Ondiolines around), De Backer created a non-profit called Forgotten Futures to get the word out about this instrument, promote the work of its creator Georges Jenny, and ensure that there is a sufficient amount of Ondioline spare parts.

He Has Teased The Possibility Of A New Gotye Album

Amidst all his other activities, De Backer has not forgotten about Gotye. In 2017, he said, “I hope I can have some new stuff out before the end of the year.”

The next year, De Backer said that he had “ventured to send Jean Jacques [Perrey] a demo of a tribute song I’d made to him. This is a song that’s going to be on the next Gotye record.” So coming back into full-blown Gotye mode is still obviously on his mind, but maybe not with a set-in-stone timetable.

Wally De Backer, better known as Gotye to most, is a music visionary who focuses more on artistry and craftsmanship than making cash registers ring. He prods boundaries and defies what is predictable.

Although De Backer may not be producing more chart-toppers like “Somebody That I Used to Know” right now, he has been incredibly busy working on meaningful projects that ignite his imagination—and ours as well.

Pass The Camembert, Please: Science Says Cheese Might Actually Be Good For You

Cindy Crawford Hates The Term ‘Ageless’ For This Inspiring Reason

admin Nov 18, 2022
Cindy Crawford isn’t letting the world tell her that she’s ageless. Although the term is often used to describe the…

Pamela Anderson Documentary Will Show ‘Tommy And Pamela Falling In…

Britney Spears Claims She Was ‘Drunk’ During Alleged ‘Manic’…

Paulina Porizkova Recalls How A Hypnosis Session Turned Her…

Josephine Skriver In Her Birthday Suit Bares It ALL In The…

Gymnast Olivia Dunne In Leotards Says ‘Ready For More’ After…

John Cusack Is Following The Nicolas Cage Playbook And We’re…