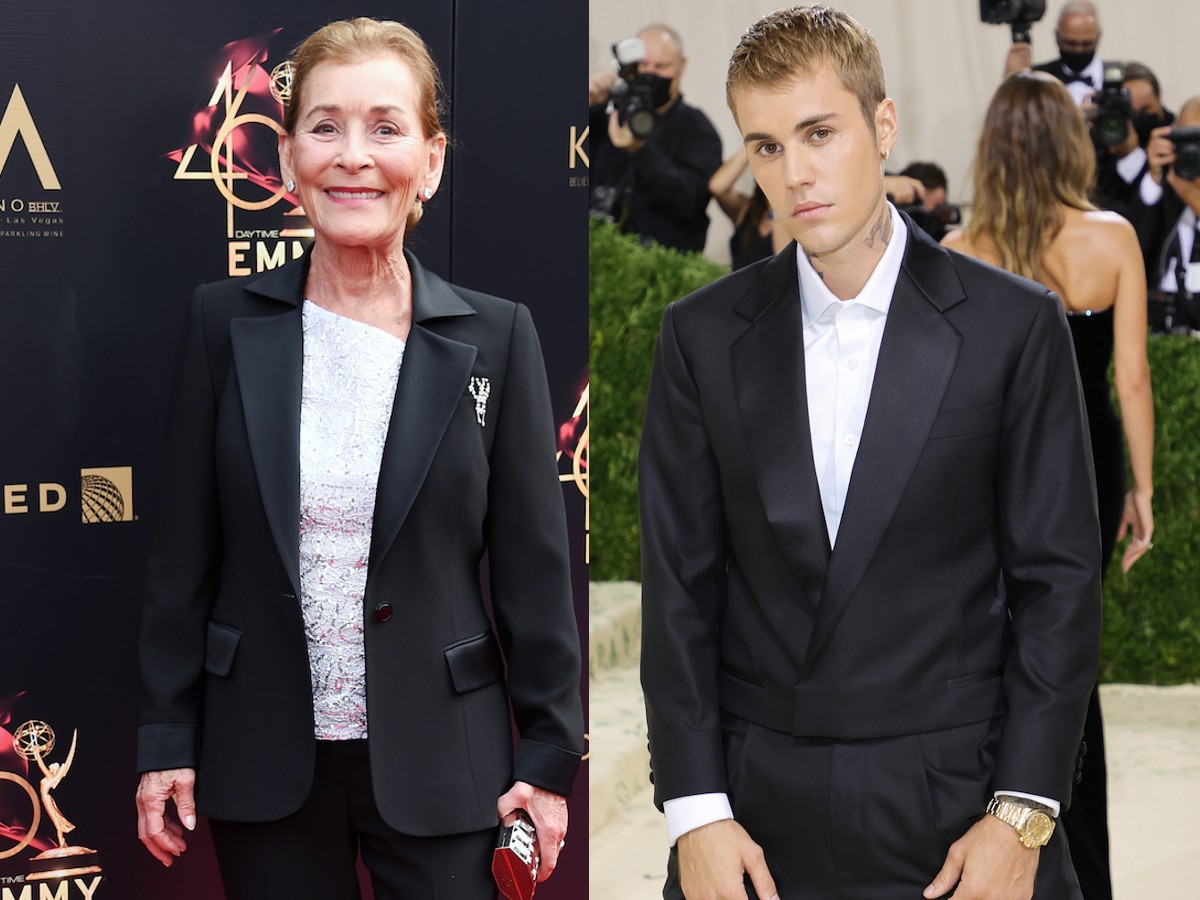 Judge Judy is not shy about making her opinions known, whether it’s on her hit court show or in real life. She once had some strong words for pop star Justin Bieber, but it seems like the TV personality has a new view of her former neighbor.

Judge Judy Called Bieber ‘A Fool’ And ‘A Marginal Singer’

Judy Sheindlin (A.K.A. Judge Judy) and Bieber were once neighbors in Los Angeles, but according to her, they did not have a good relationship. She recently told Access Hollywood that the pop star was “scared to death” of her after she put him on blast in the press (per Insider).

“There was a period of time before he grew up—when he was foolish, and doing foolish things. I must have said something about it, and then, I understood that he was paying the front door people to let them know when I was there, coming and going, so he wouldn’t have to bump into me,” she laughed.

RELATED: Judge Judy And Her Husband Divorced And Remarried Each Other, Here’s The Story Behind Their Reconciliation

Sheindlin criticized the singer after he was arrested in 2014 for a DUI, saying he was “doing a very good job of making a fool out of himself…” She continued, “Nobody’s going to remember that he was a marginal singer, but they’re going to remember a young kid, who had a chance to have it all, and who is blowing it by acting like a fool.”

Her Recent Comments About The Singer: ‘I’m Happy For Him’

However, Judge Judy has since changed her tune about the singer. TMZ recently caught up with her to ask about her thoughts on Bieber these days. She said that she hadn’t seen him in years, but had kind words to say about the pop star.

“I’ve seen him since, and he looks wonderful,” she shared. “And he seems happy … I’m happy for him.” Judge Judy isn’t the only one who’s thinking about Bieber’s tumultuous past. The singer recently reflected on his arrest in an Instagram post.

“7 years ago today I was arrested, not my finest hour,” Bieber wrote under a photo of himself in handcuffs. “Not proud of where I was at in my life. I was hurting, unhappy, confused, angry, mislead, misunderstood and angry at god.. I also wore too much leather for someone in Miami.”

He continued, “All this to say God has brought me a long way…Don’t allow shame to ruin your “today” let the forgiveness of Jesus take over and watch your life blossom into all that God has designed you to be. LOVE YOU GUYS WITH MY WHOLE HEART.”

Bieber has come a long way from his hard-partying days. Judge Judy is just one of many who have commended the singer for changing his ways and growing up.

Britney Spears Claims She Danced To Shakira For 3 HOURS!

Kobe Bryant Crash: Vanessa Bryant’s Co-Plaintiff Pushed For Up To $1…

Why Trolls On Twitter Are Attacking Jennifer Aniston As A ‘Nepotism…

‘Skincare Fasting’ Is A Hot Beauty Trend, But Experts Warn Against…

Drew Barrymore Reflects On Her ‘Hedonistic’ And ‘Immature’…

Jen Selter Reveals Her ‘Power’ In A Revealing Cut-Out…

Kate Middleton Has Been Spotted Wearing These Chic,…