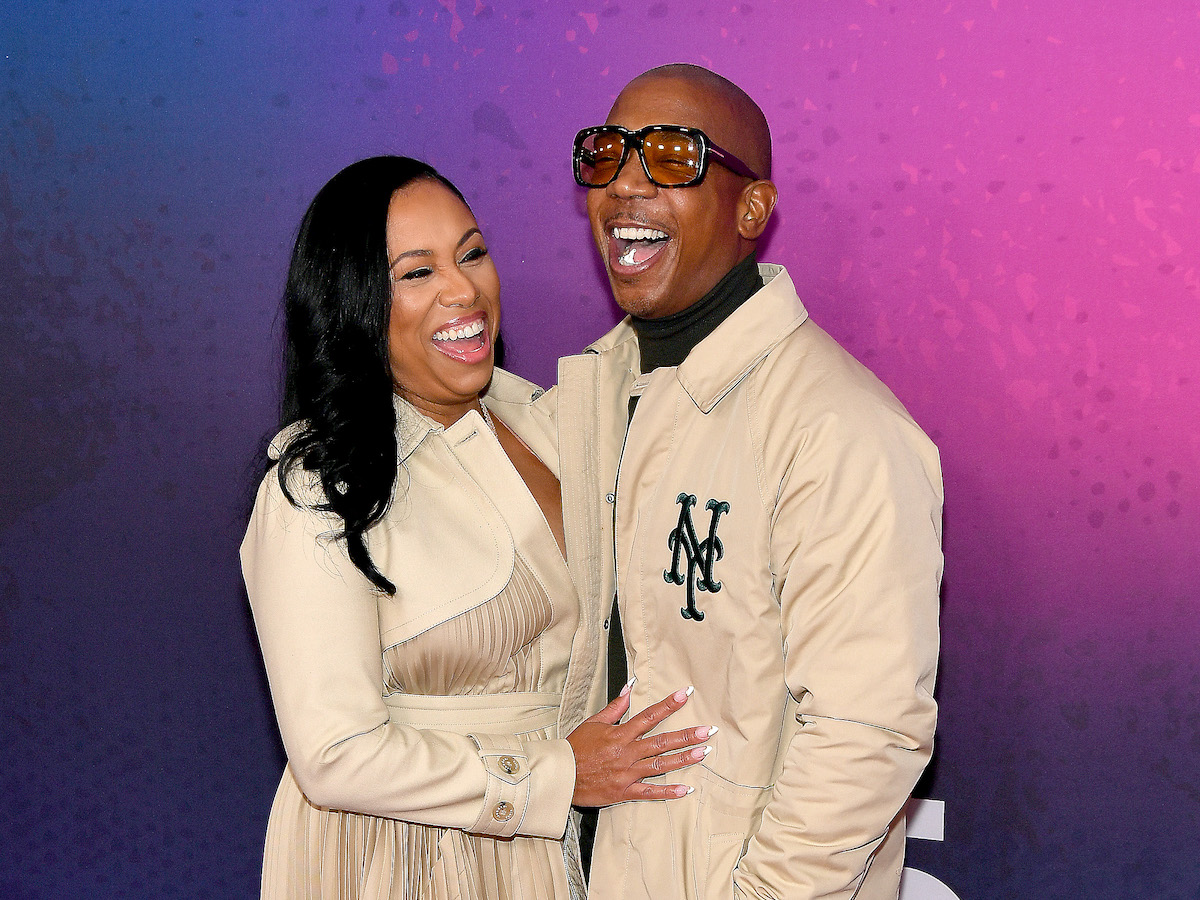 He has four Grammy Award nominations and two American Music Award nominations to his credit and has recorded with stars like Jennifer Lopez, Christina Milian, and Ashanti. His first studio album, Venni Vetti Vecci (1999), had the distinction of going platinum.

But all has not always been smooth or easy for Ja Rule, who was born on February 29, 1976 in Hollis, Queens. Anytime he hit a rough patch, there was someone beside him all the way—his devoted and supportive wife, Aisha Atkins. His loyal family has been a constant in Ja Rule’s life that he is truly blessed with.

His fans are curious about her and their relationship. We took a deep dive into the information that’s available about this well-known couple. This is what we learned about them.

Ja Rule And His Wife Were High School Sweethearts

He met his future bride, Aisha Murray, when they were high school sophomores. According to Blender, he said, “She was the new girl in school. I think the first time I saw her, she was getting off the bus. She was cute, but she tried to play me at first. Then she realized I was one of the cool guys at school and got with the program.”

Ja Rule added that she loves him for himself, not his stage persona, which she is not always comfortable with.

“The best thing is that y’all know each other. She knows Jeffrey Atkins, not Ja Rule. But my wife sometimes has a problem with Ja Rule. She feels like she doesn’t know this guy with no shirt on, rapping about sex and drugs and partying. I tell her it’s not my fault that I have such a great job!”

People sometimes opt for weddings with an offbeat or playful theme. Ja Rule and his fiancée sure did. Perhaps inspired by an occasion like the lavish, high-spirited, post-World War II-era wedding of fictional lovebirds Connie Corleone and Carlo Rizzi at the beginning of The Godfather, they had hundreds of guests and a gangster theme.

Ja Rule said, “We did it ’40s-style gangster. We had 800 people. It was like mafia weddings in the movies. We didn’t come down the aisle to the Godfather theme, but we had our tuxes and tails and cigars and a lot of champagne.”

As of 2002, they lived in New Jersey. The atmosphere at the Ja Rule household tends to be relaxed. Mom seems to be the stricter of the two while Dad is more chill.

“There aren’t many rules in my house,” he said. “Kids can jump on the furniture. Mom usually gets them for stuff like that. I’m the hip-hop dad. How can I yell at kids for being wild? I’m a madman. I’m bouncing balls through the house myself.”

The secret to their relationship is apparently that they are friends as well as romantic partners. In an interview they did together for Wetpaint, it’s obvious through what they say and their body language that the two of them share an easygoing, warm rapport. They definitely get each other. It’s endearing to watch them.

“We have a very interesting dynamic,” Ja Rule said, “because we’re friends, too. This is my buddy right here. We enjoy spending time together as friends, not just as a couple. I think that’s important.”

They Have A Modern Parenting Style

Ja Rule and Atkins have a take on being parents that bears emulating. For them, it’s not about keeping their three kids—Britney, Jeffrey Jr., and Jordan—in line by yelling, arguing, and punishing, although maybe they resort to those measures when they believe they are really needed.

Instead, the couple makes sure that their children feel free to approach them anytime without feeling intimidated or hesitant, no matter what their problem or question is.

“We are young, heads-up parents that are parenting from a new perspective,” Ja Rule explained.

Atkins agreed. “We try to parent where [our] kids, they can come talk to us about anything, like even if you, I don’t want to say murder somebody, but just anything, you have to come to Mom and Dad because we are the ones that are going to help you.”

They Starred On A Reality Show Together

The Rule family had their own reality show on MTV, Follow The Rules, that aired from October 26 to December 7, 2015.

It sounds like Atkins wasn’t quite at ease about being so public about what went on behind closed doors with them. “I was a little bit more nervous than a kid,” she said. “I don’t really like being in the limelight.”

Atkins has been Ja Rule’s staunch advocate when things got tough for him, such as his two-year prison sentence in 2011 for allegedly having a loaded weapon in his vehicle when, in July of 2007 in New York City, he was apprehended for speeding.

That was not Ja Rule’s only issue with the law. While he was incarcerated for the gun charge, he was concurrently serving a 28-month federal sentence for tax evasion. Ja Rule reportedly owed $1.1 million.

There were also more than a dozen lawsuits against him from investors and ticket purchasers because of his connection with the Fyre Festival, a musical extravaganza supposedly slated for the Bahamas in 2017. It never took place.

Ja Rule was reportedly the partner of the event’s promoter, Billy McFarland.

Ja Rule has had a few brushes with the law, but his loving, level-headed wife has kept him centered. The pair’s relationship has stayed unwaveringly solid despite the travails they have gone through over the years. They seem to love being married to each other.

admin Aug 11, 2022
“Drumline” star Zoe Saldaña recently talked about her father’s passing in the ’80s and how it affected her…

Sharna Burgess Announces Her Exit From ‘Dancing With the Stars’

If You Take A Calcium Supplement, You Need To Read This

Looking Back At Michael Jackson’s First Performance Of The Moonwalk

Kindly Myers Bares Her Booty In Her ‘No Panty’ Gown

Britney Spears ‘Annoyed’ After Fans Call Cops On Her…

If You Take A Calcium Supplement, You Need To Read This

Why You Should Be Intermittent Fasting Before And During…