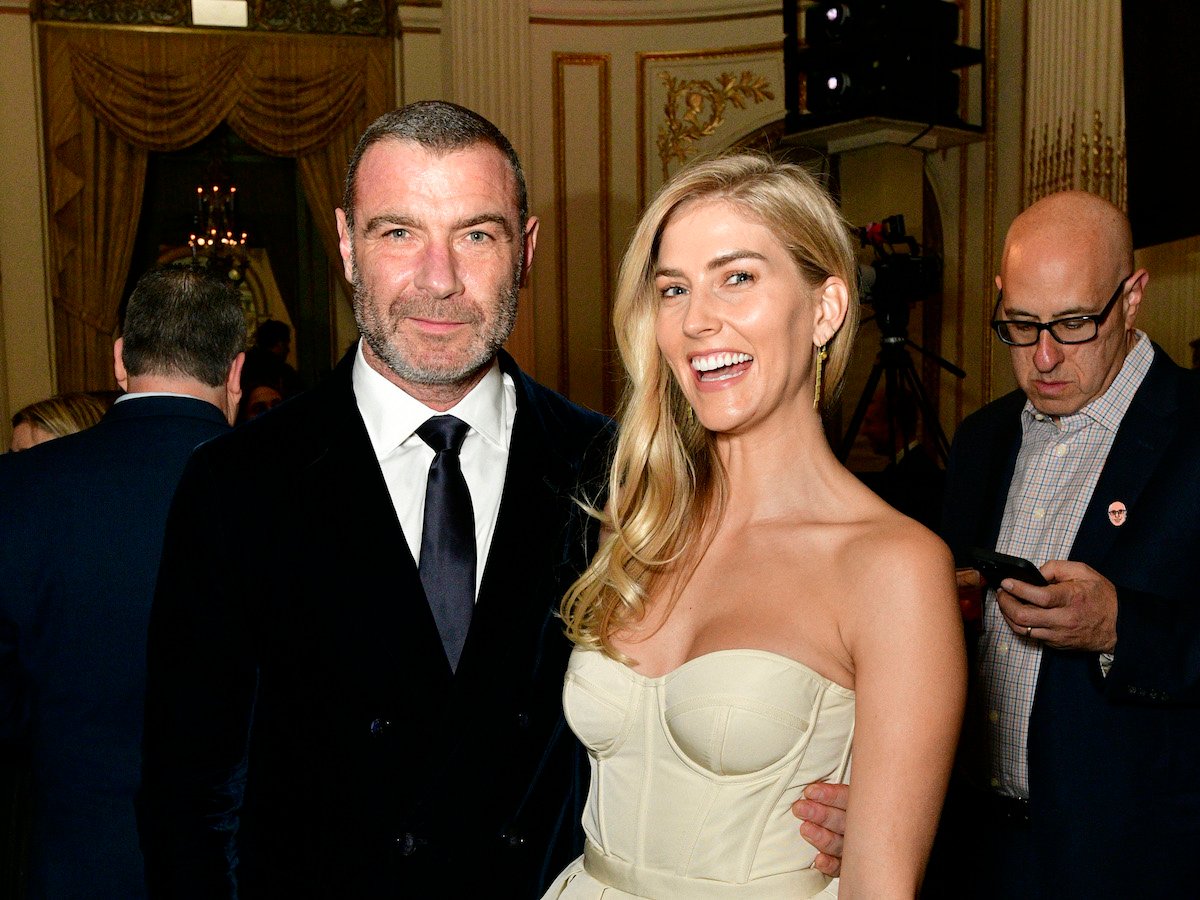 Liev Schreiber clearly has proven that he’s got the multi-faceted talent to be a true Hollywood force. A gifted screenwriter, actor, narrator, producer, and actor, he has demonstrated meticulous craftsmanship in each of those capacities.

Schreiber tends to guard his private life from public view and bothersome media observation, with the possible exception of his now-ended romance with actress Naomi Watts.

There seems to be another lovely blonde lady in Schreiber’s life these days (she resembles Watts!), and his fans are agog about their relationship. Who is Taylor Neisen, and what is her background?

We wanted to know. This is what we uncovered about this glamorous Tinseltown twosome.

Who Is Taylor Neisen?

Born on June 6, 1992, Neisen is a professional model and has been a beauty pageant contestant. She was formerly Miss South Dakota and competed in the Miss USA pageant in 2012.

Neisen seems to be an animal lover, as she rehabs raccoons. She posted a great pic of herself on Instagram gently cuddling one of them. The animal must have sensed her kindness because it appears totally relaxed.

Neisen’s long blonde hair is worn loose in the snap, She has a white t-shirt on with something that’s not quite visible emblazoned across the front. With her understated pieces of silver jewelry including earrings, a ring, and a bracelet, her look seems completely fashionable yet unfussy.

Neisen cares about the raccoons she tends to even after she sets them free. She monitors them as best she can after they depart into the wild.

In the accompanying text, Niesen wrote in part, “Rehabbing these babies is so bittersweet. When they’re strong enough for release, I feel incredibly proud and happy but also selfishly sad that I must say goodbye. I put motion-sensor cameras outside because I’m a helicopter mom and seeing the footage makes me mushy inside…”

Neisen And Liev Schreiber Have Reportedly Been Together Since 2017

This pair’s togetherness doesn’t seem like a flash in the pan. Schreiber and Neisen have been an item for some years and are apparently still going strong.

That said, in October 2017, his rep at the time, Ina Treciokas, put their connection in a much different context,  reportedly telling the Daily News that they “are friends and she sometimes helps out with the kids—they are not dating.”

In photos published with the story, Schreiber and Neisen are walking along and enjoying ice cream cones. He’s clad in a lightweight shirt that is untucked while she sports a black tank top and jeans. They seem informal, uninhibited, and at ease with each other.

They do have a significant age gap. Schreiber was born on October 4, 1967, making him 25 years older than Neisen.

They aren’t bashful about posting about each other on social media. There is a photo of a beautiful birthday cake for her on Schreiber’s Instagram. It bears the words, “Happy Birthday TayTay!” across the top, which also features a large photo of her holding one of her beloved raccoons.

Schreiber posted the message, “All the critters are so happy you were born today! Most of all me.”

There is also a sweet message for Neisen from his former flame, Naomi Watts: “Happy birthday Tay!!”

Schreiber and Watts were two actors who seemed like a sure bet to last a long, long time together. Even though they never wed, they were a couple for 11 years, an eternity in Hollywood when it comes to the duration of a romance. They appeared destined for another decade with each other, and maybe another decade after that.

Then, in September 2016, according to People, came the pair’s bombshell announcement – they were calling it quits.

“Over the past few months we’ve come to the conclusion that the best way forward for us as a family is to separate as a couple,” their statement explained. They share two sons—Samuel Kai Schreiber and Alexander (Sasha) Pete Schreiber.

Marriage, according to Watts, was just not a big deal for them, People reported. Watts reportedly said in 2012, “We’re very much together. We just don’t have that certificate, and that’s okay with both of us. Maybe one day, we’ll just wake up and go ‘Hey, let’s do this.’ And maybe not.”

The “maybe not” option apparently won.

Schreiber and Watts had a meet-cute at the Metropolitan Museum of Art’s legendary costume gala in New York in 2005. Watts reportedly invited Schreiber to go dancing with her after the event. When he arrived, Watts was already the center of attention from two acting heavyweights, Benicio Del Toro and Sean Penn.

Schreiber found it off-putting. “I think I was nervous, and I felt very embarrassed being there, and self-conscious, because all these movie stars were hovering, and I felt … awkward and out of my element.”

Even so, he hung in there. Watts reportedly gave him her phone number and their relationship took off. They subsequently co-starred in a film, The Painted Veil (2006).

Schreiber seemed to have fallen hard for Watts. “I decided I was going to make a family with this person. For better or for worse, I stepped into a partnership with somebody. We were gonna bring kids into this world and try to love and respect each other.”

Since their breakup, Watts and Schreiber have worked hard to stay on friendly terms and co-parent effectively. She told Net-A-Porter in 2019 that, “I’m pretty proud of us, corny as that may sound. We’ve made it our absolute priority to be good and kind to each other and we’re absolutely committed to that.”

Schreiber and Watts even isolated together during the height of the COVID-19 pandemic to make life less stressful for their boys, according to the Daily Mail in 2020. Neisen isolated with the Schreibers!

All that is fascinating because the Australian edition of Woman’s Day reported in 2017 that Watts and Schreiber reportedly had an understanding that neither one would pair off romantically with anybody else publicly for “at least a year after their split.”

That unverified report aside, it seems Watts and Schreiber must have smoothed over any differences, perhaps in the best interest of their kids.

Although the exact nature of their relationship is not etched in stone, Liev Schreiber and Taylor Neisen certainly seem like a couple that has overcome a big age gap to forge a mutually caring partnership. He and his ex Naomi Watts deserve a lot of credit for maintaining a healthy friendship that has enabled them to co-parent their children after they ended their romance and allowed them to move on with new relationships.

admin Aug 10, 2022
Is Kate Middleton trying to reconnect with Prince Harry? One tabloid claims the Duchess of Cambridge is begging her…

Armie Hammer’s Estranged Wife’s Life Has Been ‘Hell’ Since Scandal,…

Multiple Triple Stumpers In ‘Jeopardy!’ Record Of The Year…

Trans Navy SEAL Makes U-Turn 10 Years After Coming Out: ‘I…

This Is Exactly When And How You Should Run Your Dishwasher…